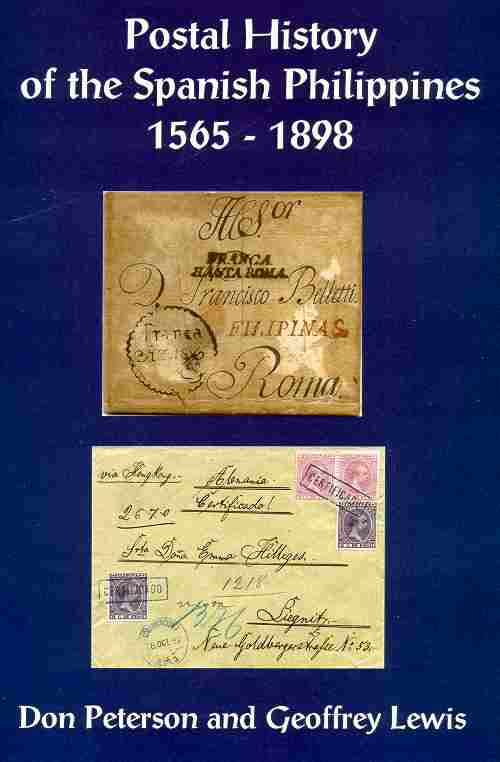 At last, a serious philatelic book about any Early Spanish Colonial Philately, it is on the Philippines thus a special US interest and it is in English!

Spain controlled the Philippines for over 375 years, creating an interesting and complex story of the Islands' postal routes, rates and markings. The Spanish period spanned from 1521 when Ferdinand Magellan discovered the islands through Commodore Dewey defeating the Spanish fleet in Mainila Bay in 1898.

Return to the Previous Page, please use your Back Arrow